-As featured in Cranes and Lifting Magazine, January 2020

The innovative solution was developed to meet CYP D&C construction requirements at the site to safely and efficiently install propping steel, or struts, inside the station box.

Although designed for works at the station, the application of the innovation has expanded to other sites and uses.

There were a number of challenges. At the site of the new North Melbourne Station, ground improvements were required to support the use of crawler cranes required at the base of the station box to position struts into place lowered by surface-based cranes.

John Holland Lift & Shift team member Duke Barac was asked by the North Melbourne Station project team to consider installation options for 5000 tonnes of propping steel, or struts, including a variety of length, the presence of Coode Island Silt in the station box and the need to install the struts at different angles.

Duke Barac considered the conditions and requirement to devise a solution to “flip” an over-sized spreader bar into a vertical configuration, which could both lower and place the struts into position by only using a surface-based crane. While the c-shape is used for smaller, specialised applications (e.g. forklift use), the nine-metre length of the C-hook and its vertical use is unique in Australia.

Two C-hook options were developed for the project’s consideration and these included a rigid C-hook – although cheaper to manufacture, its use would be restricted to only when a C-hook was required. The second design incorporated existing spreader bar and lifting beams components, which could be separated when the C-hook was not in use.

Edwards Heavy Lift was engaged to develop the detailed design and fabrication drawings for the C-hook using the concept design developed by Barac. RUD provided third-party design verification and manufactured the two C-hooks procured for the CYP D&C project.

Option two was selected due to the design’s interoperability features, which enables the dual-purpose hardware components to make-up conventional spreader bars and lifting beams when the C-hook is not required. Although using thicker wall sections, the spreader bar components were modular with existing spreaders and could be added to John Holland’s rigging inventory to optimise the additional investment.

The C-hook has successfully installed 4000 tonnes (of a total of 5000 tonnes) propping steel at the site of the new North Melbourne Station and has since been configured for use in other lifting work at the site, e.g. to manoeuvre lifts in areas of tight angles and restricted access.

The C-hook was conceived early after understanding the requirements. 3D CAD models were developed, which were tested with project personnel as part of ongoing engagement in the development of the final solution

Desktop checks were undertaken, and the model was shared with the project’s Temporary Works team to assess for clashes.

The design used existing, proven components and as a new solution for installing struts, John Holland developed a training program.

The benefits of the innovation include safe and injury-free use of the C-hook.

Program efficiency was increased by eliminating the need for ground improvement works.

John Holland has enhanced the capability of its own people and subcontractors in using the new solutions, which they can take to other worksites and projects. The design of the C-hook incorporates dual-purpose components, so that when a C-hook is not required, its parts can be used in conventional rigging.

The design also uses existing hardware, e.g. the pins are from the same shackles used in spreader bars.

With the strong pipeline of future rail tunnels, John Holland – and the wider industry –has expanded options to draw on to deliver this work.

The innovation reflects John Holland’s values of Caring, Empowerment, Future-Focused and Imaginative, and will be used in an internal campaign to demonstrate the power of individuals to effect change.

THE C-hook was an untested, new solution unknown to John Holland’s own people and subcontractors, yet it has been embraced and its use expanded to new sites and applications. 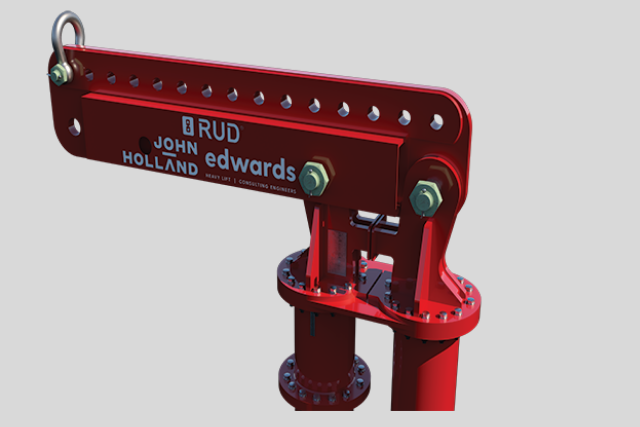 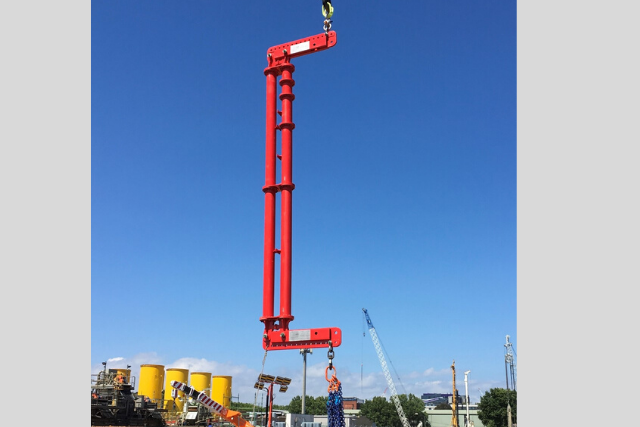 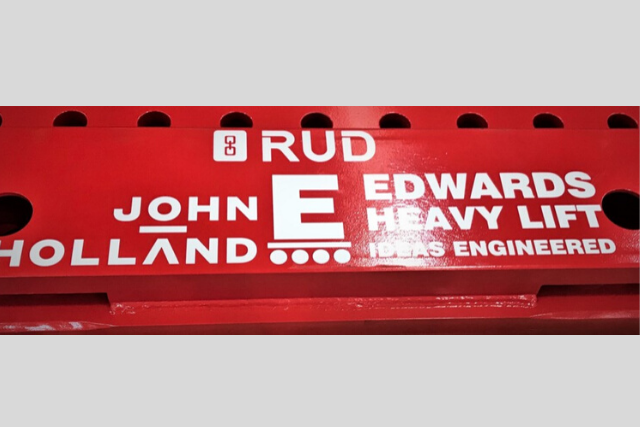 What Our Clients Say About RUD Australia

Talk to RUD today to find out more about our solutions.

TALK TO A RUD EXPERT